The Three Musketeers of Aviation

It was the 1920s, the “Golden Age of Aviation”, a time when pilots flew through barns and walked on wings. In this age of barnstorming and daring feats, three young pilots- Paul Richter, Jack Frye and Walter Hamilton took a chance with their life savings and purchased an airplane for the purpose of starting their own flight school. Within a short time, that one airplane grew to an airline fleet that
pioneered the first passenger route system throughout the Southwest and forged the framework for modern air travel. Known then as the “Three Musketeers of Aviation”, these three young aviators with a common vision became better known as the founding fathers of Trans World Airlines.

Trans World Airline set the standards throughout “the Golden Age of Aviation”. TWA was unique because TWA was founded by flyers. Jack Frye, Paul Richter and Walt Hamilton were visionaries of aviation; three men passionate about flying; always striving to reach for the impossible. From 1924
through 1947 their partnership and dedication to creating the best, established TWA as the leader in commercial aviation. 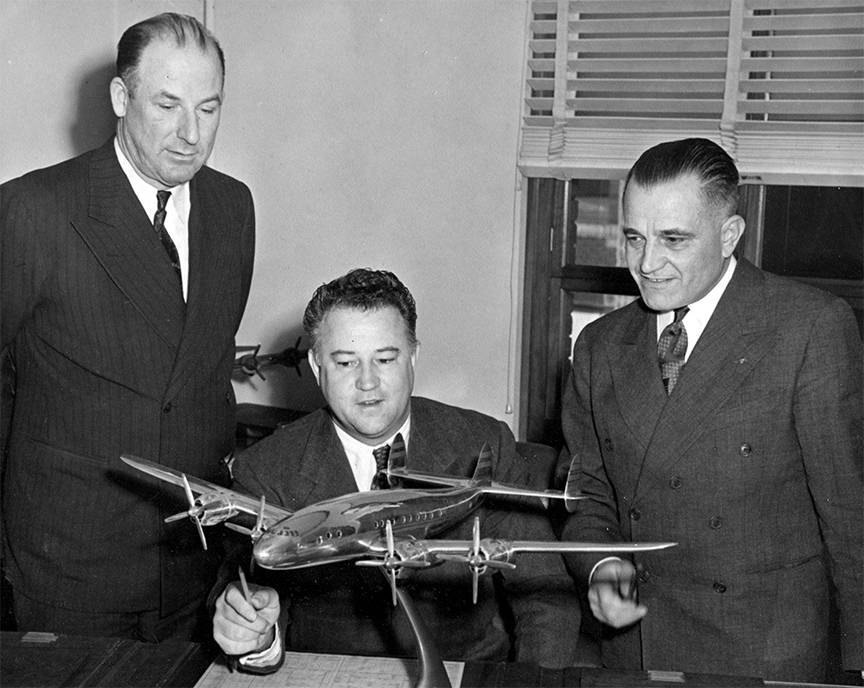