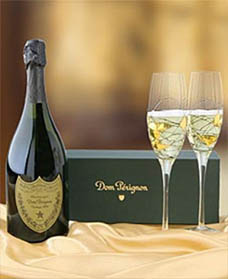 TWA was first to offer:

"It was the hostesses' responsibility to take the silverware home
or to the hotel and wash and polish it before the next trip."
1937 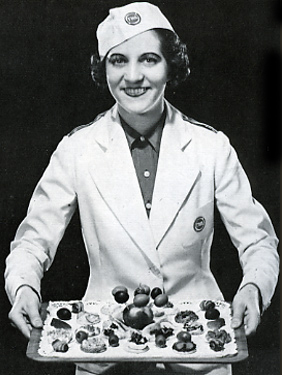 Sipping on a chilled glass of Dom Perignon champagne, enjoying Russian Caviar and Lobster Bisque while Chateaubriand is hand carved at your seat from a delectably appointed aisle-serving cart, served on authentic Rosenthal China.  Royal Ambassador Service, Trans World Airlines finest! Dining in tourist class was also a thoroughly delightful experience.  Each passenger in the coach cabin selected his or her choice of three entrees, a filet mignon cooked to order, fresh fish, or a breast of chicken.  All accompanied by delectable sauces and prepared using the freshest, best quality ingredients.

TWA meal selections were planned and executed to appeal to the most discriminating gourmet.

TWA was established through the merger of several small airline companies in the 1920s. One of those small companies was Maddux Air Lines, which began a luxury passenger service between Los Angeles and San Diego on July 21, 1927.

Trans World Airlines in-flight service has always been synonymous with class, outstanding presentation, and graciousness; from the very beginning!

From the TWA Kitchen recipes, created exclusively for TWA by some of the world’s finest chefs. We are pleased to share a few of our favorites with you. Here are a few sample recipes.

The Very Best of TWA Cookbook

"The Very Best of TWA" 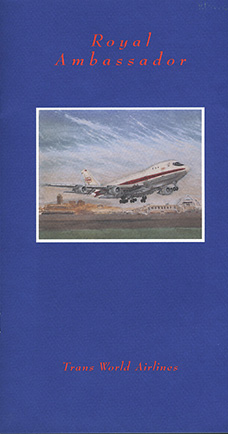 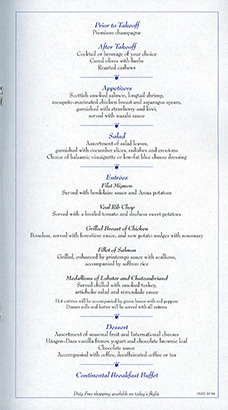